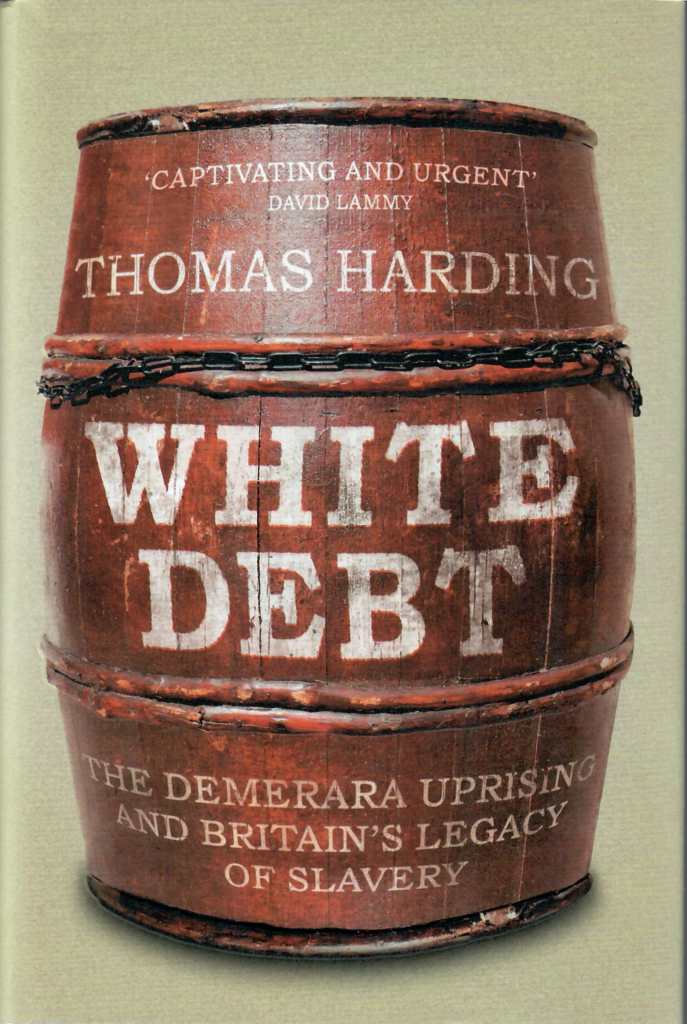 I was surprised, and intrigued, to be contacted in 2019 by Thomas Harding, who had come across the transcripts of the John Smith diaries that had been transcribed by my parents Graham and Merle Van Cooten, and was interested in the 1823 rebellion, particularly from the perspective of Jack Gladstone.

I had relatively recently read Thomas’s book “The house by the lake”, which tells the story of a summer house by a picturesque lake near Berlin, and the family stories of its various residents during the mostly turbulent time post the Great War. Intertwined with these stories is that of the Thomas’s quest to save the house from demolition, and also to discover more about his own family history. I had found the book thoroughly engrossing read, well researched, and a timely reminder of the need for generous relating between diverse cultures.

In conversing with Thomas I learned that he had finished writing “Legacy: One Family, a Cup of Tea and the Company that Took On the World” and it was in the process of publication. “Legacy” explores Thomas’s maternal line including the history of the J. Lyons & Co. catering empire, and the source of some of the family’s wealth in the tobacco fields of Virginia, and the labour of enslaved people.

Thomas had come across the events of the 1823 rebellion in Demerara (the subject of “Crowns of Glory, Tears of Blood“) and was interested in exploring the account from the perspective of enslaved peoples, particularly focusing on person of Jack Gladstone, and also engaging in the developing conversation around the decolonisation, the impact of enslavement and colonisation on present-day cultures, and the need for apology and reparations. Thomas was keen to understand the attitudes and perspectives of the descendants of slave owners to the actions of their forebears. Thomas interviewed my father, Graham. I was able to contribute to some of the research Thomas needed, and put him in contact with a number of relevant researchers and descendants of slave-owners.

The writing of “White Debt” occurs in the context of “Black Lives Matter” and a re-examination of colonial history. In the introduction Thomas writes “I hope that by the final chapters you will agree that considerable harm has been done, that a debt is indeed owed. The question then becomes, who caused this harm and who should bear the cost of restitution? … it became obvious to  me that I had to give a name to those primarily responsible: White people.”

This book interweaves the story of enslaved people attempting to achieve their emancipation, Thomas’s own process of grappling with his own family’s history, and the story of people living out the impact of colonisation and enslavement on their own personal family history and circumstances.

The celebration of the anti-slavery movement has obscured the silencing of the history of cruelty, exploitation and oppression manifested in the Caribbean. As a descendant of slave owners and colonists I am personally challenged by this story, and what steps I can or should take in the process of acknowledgement, apology, and restitution. It also causes me to reflect on the impact of colonisation of the indigenous people of this country now known as Australia. My father, quoted in Thomas’s book, said “We can’t turn the clock back. It would be almost impossible to remedy the situation lost in history. We should find out the facts of the matter and make sure we learn from our mistakes and create a better world.” I agree.