My paternal grandmother (Nana Van) Kathleen May Thomas was born in 1900, and was raised by her grandparents in Maryborough, Queensland, owing to the death of her mother (and baby) following childbirth in 1902. Young Katie was supported and encouraged to learn the piano from an early age. She advanced quite quickly, and gained her qualifications as a piano teacher. She taught piano until she was 79 years old. 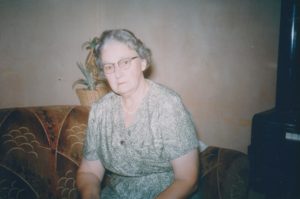 As a young student she would have had several choices as to the musical syllabus or examination system that she followed.

In colonial/early federation times the options were:

The Trinity College examinations were clearly the best established available in Maryborough in during 1900-1920 when Katie was acquiring her musical skills.

Doreen M. Bridges gives an excellent overview of the scene in Australia in her Sydney University PhD Thesis “THE ROLE OF UNIVERSITIES IN THE DEVELOPMENT OF MUSIC EDUCATION IN AUSTRALIA 1885-1970” submitted in 19701. In it she describes the development of Departments of Music and Conservertoire of Music in Australian Universities, the rivalry between the various examining bodies, as well as the struggle to develop a characteristically Australian music examination and education system.

The Trinity College of Music

A newspaper article in The Telegraph (Brisbane) on 27 June 18822 announces:

We are informed that the Council of Trinity College, London, have determined upon establishing a local centre in Brisbane for conducting examinations in music. The examinations are open to persons of either sex, and the scheme of instruction embraces — 1. Matriculation ; 2. Students in Music ; 3. Associates in Music ; 4. Licentiates in Music ; and 5. Certificates of Competency in Solo Playing or Singing. There are several Musical Colleges now in London ; Trinity College is the first, however, to found a branch in the colonies, and this is due to our townsman, Mr. W. H. Wilson, who has consented to act as honorary secretary.

Advertisements by Brisbane music teachers in July 1882 indicate that they prepare students for the Trinity College, and an paragraph in the Maryborough Chronicle of 4 December 18963 details a meeting forming a Maryborough centre. Theory examinations were held on 5 June 1897.

An article in the Maryborough Chronicle in 18984 features an article reporting on an interview with Mr. Charles Edwards, the travelling examiner of Trinity College, London. It states that

Mr. Edwards explained that the examinations that he was now conducting throughout Australasia were the first the College had held in the colonies, though it was the fourth year that it had sent out examiners. The general results in Queensland as far as he had gone had been quite equal to those he had found in the best centres in England. In fact, they had been equal to any he had had anywhere except in South Africa, which he visited two years ago, and where the results were really excellent.

The London College of Music

LCM Examinations was founded as the external examinations department of the London College of Music (LCM), a music conservatoire which was founded in 1887. In 1991, the LCM and its external examinations board became part of the Polytechnic of West London (which became Thames Valley University in 1992 and was renamed the University of West London in 2011). In 1966 the London College of Music, after a decision of the Council, ceased all operations overseas.

The Brisbane Courier of 27 October 19035 reports that the first examinations in Brisbane had been held.

An advertisement in the Maryborough Chronicle of 2 August 19096 indicated that practical examinations would be held in Maryborough.

In 1887 a programme of music examinations was initiated in Australia by the Universities of Adelaide and Melbourne. Subsequently the Australian Music Examinations Board (AMEB) emerged in 1918 as a national body with the purpose of providing graded assessments of the achievements of music students. Later, examinations were also provided for students of speech and drama. Moves in Queensland commenced with the foundation of the University of Queensland in 1910. An article in the Maryborough Chronicle of 15 February 19137 reports the promotion of the establishment of an Australian music examination board, and examinations were to commence in 1913 in centres which included Maryborough8.